Overdue in my opinion. Our play at the Gold Cup was terrible. 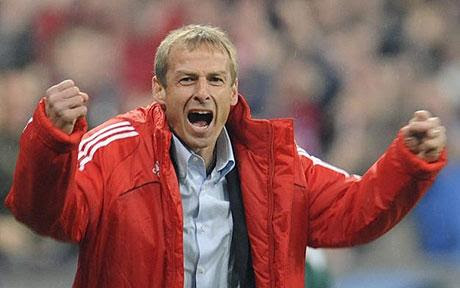 So a pretty important event happened recently which is pretty central to the topics that this blog addresses. Accordingly I'll blow the dust off my blogging keyboard and blog about it.

That's right, the Western New York Flash played its' first home game in Rochester in the Womens Professional Soccer league. I was there with 2,173 fellow soccer fans to watch a thoroughly entertaining and absolutely dominant performance. The level of play was way higher than the Rochester Rhinos' brand of kick-'n'-run ball. 9 of the 11 starters were starters for their national teams, including Marta, aka "Pele with skirts."

The Flash beat Atlanta 3-0 and it could have been 6 or 7 easily. The entire first half was possession soccer played inside the attacking half. Possession was probably 85% for the Flash. Anyways, it was great. Hopefully attendance will go up as people realize that they are putting on a show. Maybe if their PR team interviewed male sports fans, they could be billed as "a professional sports team" rather than "a WOMEN'S professional sports team."


And then we ate some Pho, went home, and, while checking my phone before bed, saw on Twitter that Usama bin Laden was killed. I guess that is kind of important too. 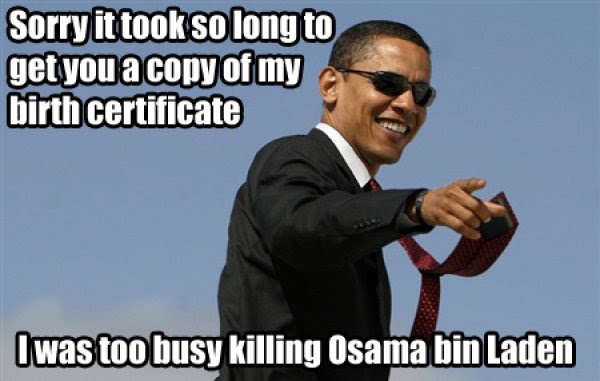 Email ThisBlogThis!Share to TwitterShare to FacebookShare to Pinterest
Labels: soccer

My thoughts on the 2010 Election

It could have been worse:

Republicans could have nominated non-crazy people and won elections that they lost, like the Senate seats in Nevada, Delaware and Colorado;
Had they done that, they would have controlled the Senate and probably impeached and convicted Obama (of what, who knows/cares);

Republicans could have won the New York State Governor's race, after which a bunch of my coworkers would likely have been fired (state-funded jobs);

Rand Paul's supporters could have assaulted more random people than they actually did;
It could have been better:

If the stimulus had been larger, unemployment would have been lower, and general voter anger would have been lower;
If the Democrats had held their vote on the Bush tax cuts and allowed the GOP to paint themselves as the party of deficits and rich people, they might have squeeked a few of the tight races;
Young people could have bothered to vote this time, like they did in 2008.
I'm not really disappointed in the election results since it was pretty obvious what was coming. When you lower your expectations it's hard to be disappointed!
And one final point. What sane society would run elections for positions and then forbid the candidates from campaigning on the issues? My ballot had 5 spots for elected judges. However judges aren't allowed to say "I will favor longer prison sentences" or "I will find more people guilty", so I end up watching ads for Judge Pampiano that say "vote for me because I played Little League baseball after people said I was too small!" And that was a winning ad.

Paul the psychic octopus died of old age, at 2 1/2. He is probably the first octopus to be given a burial spot and a shrine. They should write on his tombstone: He picked the winner when he ate his dinner."

A couple court decisions regarding gun bans (DC and Chicago) have put gun laws in the news lately. Banning guns and banning drugs have the same logic behind them, but a lot of people have completely different opinions on each of them.

The logic behind repealing gun laws is that criminals who want guns will get them no matter what the law is. The logic behind ending the 'war on drugs' is that drug users are able to get their drugs despite decades of criminalizing drugs. This is the same logic and both of them are correct. The funny thing to me is that conservatives agree with this logic when it comes to guns, but not drugs, and liberals are generally the opposite.

In my opinion guns need to be regulated (keep it locked up at home, ban assault rifles) but blanket gun prohibition is absolutely silly, especially if it is city by city or state by state, rather than federal. A city-wide ban on handguns just increases the cost of a gun by a round-trip bus ticket. A federal ban on assault rifles or on weapons that can be converted into assault rifles would likely be effective (it'd have to be written much better than the 1994 law) and would be something I would probably support. My reasoning is that there's no legitimate use for an assault rifle, but there is for handguns (personal/home defense) as well as shotguns and rifles (hunting).

Similarly, drugs need to be regulated but absolute drug prohibition has clearly failed. I'd be in favor of something like Portugal's approach. Drug trafficking and sales are criminalized, while drug use is not (drug users' drugs are confiscated and destroyed, while the user is issued an administrative summons that lead to either fines or treatment). Drug use, overdoses and HIV infections have declined in Portugal as a result.

We should have learned our lesson from prohibition. Blanket bans on products won't work if there's a huge demand.
Posted by Adrian at 7/31/2010 11:00:00 AM No comments:

Spain deserved to win. Completely dominant even in the game they lost. Also, here is my Best XI from the world cup:


My thoughts on Luis Suarez: he's not a 'cheater'. He fouled, was caught and punished appropriately. Gyan should have hit his PK. It's the same as if a defender fouls from behind on a break-away.

After defeating England 1-1, the United States ties Slovenia 3-2 after the worst refereeing decision in a World Cup since Maradona's Hand of God. I don't think any referee can be unintentionally that bad, and I think the game should be looked at for match fixing via the referee.

FIFA has at least given referee Couliabaly an expediated performance review, however what they really should have is an investigation into betting on the USA vs. Slovenia game. I find it hard to believe that any referee could be that bad on accident. Match fixing is a serious problem in world soccer. If I was FIFA:

a) Couliabaly would never work again,
b) I would have an investigation looking at who placed bets on USA vs. Slovenia,
c) I would lock up all World Cup referees in a gilded cage and monitor their phone calls to be 100% sure on all subsequent matches
Posted by Adrian at 6/19/2010 08:20:00 AM No comments:

The World Cup has inspired me to blog again, so I figured I should get back to one of my blog's specialties: making fun of Stratfor (example A, example B). This time they try their hand at analyzing soccer, a serious mistake.

I bought a temporary Stratfor subscription a few years ago for my thesis - it was a big waste of money. However as a result they still send me emails, including one about the geopolitics of the World Cup:

Isolated from threats, rich in capital and natural resources, the United States is a country where optimistic thinking and risk taking has traditionally been rewarded. Caution is not necessarily prized because threats and natural impediments are few. America's geographic and economic advantages have helped it to develop the first truly dominant global naval force, which has shaped U.S. history in such a way that clear military defeats are extremely rare. It is therefore no surprise that the American team at the World Cup will play a confident and open style of football, regardless of its slim chances of overall success.

This doesn't appear to be sarcastic. So now in addition to learning that Obama has no shot at the Presidency because his middle name is Hussein (example A), you can learn that the United States Men's National Team plays a confident and open style of football. Please disregard all evidence (empty bucket formation, or watching USA vs. England) to the contrary.

My sister's blog on choral conducting